Why is Cardiopulmonary Resuscitation (CPR) Important? This June, in honor of National CPR Week, the American Heart Association is calling on all Americans to learn how to give Hands-Only® CPR by watching a simple one-minute video. Once you have learned CPR, give 5 people you care and love about the same  power you just learned to help  save a life by passing on that knowledge to them to act quickly in a crisis.

Don’t be afraid; your inability to  act cannot help. If you see an unresponsive adult who is not breathing or not breathing normally, call 911 and push hard and fast on the center of the chest.

Sudden Cardiac Arrest? (SCA)
What is an SCA? Sudden Cardiac Arrest (SCA) is a condition in which the heart suddenly and unexpectedly stops beating. If this happens, blood stops flowing to the brain and other vital organs. This is different than a Heart Attack or Myocardial Infarction (MI).  Regretfully, 70 percent of Americans seem to be very uncomfortable during a cardiac emergency because they either do not know how to administer CPR or their training has significantly lapsed. This unforgiving statistic may some day hit close to home, because home is exactly where 88 percent of cardiac arrests occur. Put very simply: The life you save with CPR is mostly likely to be someone you love.

WHO CAN YOU SAVE WITH CPR?
The life you save with CPR is mostly likely to be a loved one. Four out of five cardiac arrests happen at home. Statistically speaking, if called on to administer CPR in an emergency, the life you save is likely to be someone at home: a child, a spouse, a parent or a friend. People with African-American descent are almost twice as likely to experience cardiac arrest at home, work or in another public location than Caucasians, and their survival rates are twice as poor as for Caucasians.

WHY ACT?
Failure to act in a cardiac emergency can lead to unnecessary deaths.  High Quality CPR performed by a bystander immediately after sudden cardiac arrest can double or triple a victim’s chance of survival, but only 32 percent of cardiac arrest victims get CPR from a bystander.  Painfully, less than 8% percent of people who suffer cardiac arrest outside the hospital survive.

What is the Answer?
The American Heart Association trains more than 12 million people in CPR annually, in order to prepare Americans with the skills they need to perform bystander CPR.

SEE A VIDEO, SAVE A LIFE
You can prepare yourself to act in an emergency by simply viewing the Hands-Only® CPR instructional video.  A study published in the March 8 issue of Circulation: Cardiovascular Quality and Outcomes showed that people who view a CPR instructional video are significantly more likely to attempt life-saving resuscitation.  Hands-Only CPR (CPR with just chest compressions) has been proven to be as effective as CPR with breaths in treating adult cardiac arrest victims. The American Heart Association has recommended Hands-Only CPR for adults since 2008.
Posted by Central Valley Medical at 10:45 PM No comments: Links to this post
Labels: acls certification, acls training, bls classes in Madera, cpr, cpr certification, cpr training

Researchers in the US are close to proving that a type of infusion therapy can possibly reverse harmful aging processes in the brain, muscles, heart and other organs. It gives hope as three separate reports released by major journals on Sunday that demonstrate in experiments on mice the dramatic rejuvenating effects of chemicals found naturally in young blood.
Infusing younger blood reversed age-related declines in memory and learning, brain function, muscle strength and stamina, researchers found. In two of the reports, scientists identified a single chemical in blood that appears to reverse some of the damage caused by aging. 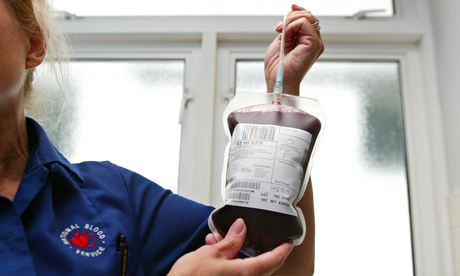 Although all three studies were done in mice, researchers believe a similar rejuvenating therapy may work in humans as well. A clinical trial is expected to begin in the next three to five years.
"The evidence is strong enough now, in multiple tissues, that it's warranted to try and apply this in humans," said Saul Villeda, first author of one of the studies at the University of California in San Francisco.

Aging is one of the greatest risk factors for a slew of major conditions, from cancer and heart disease to diabetes and dementia. As the population grows older, the proportion of people suffering from such conditions soars. A therapy that slows or reverses age-related damage in the body has the potential to prevent a public health crisis by delaying the onset of several diseases at once.
The three studies took a similar approach to investigate the anti-aging effects of young blood. Old and young mice were paired up and joined like conjoined twins. To do this, researchers made an incision along the side of each mouse and let the wounds heal in a way that joined the animals together. The procedure meant that the mice shared each others blood supplies.


Villeda found that blood from three-month-old mice reversed some age-related changes in the brains of 18-month-old mice. The animals grew bigger and stronger neural connections in a region called the hippocampus, meaning the brain cells could communicate to each other more effectively, according to a report in Nature Medicine. An 18-month-old mouse is considered to be equivalent in age to a 70-year-old person

Learn more about this new discovery and how it may impact our lives
Read more Here.....