Central Valley Medical would like to introduce "Heather Connor." 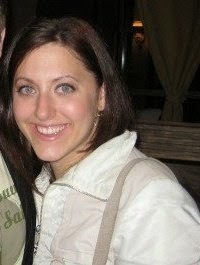 Heather Connor is originally from The Unites States; however, she has spent the last 11 years in Canada. Two years ago, after a long search that yielded no answers for the cause of her boys mystery symptoms, she gave up her career as a Surgical Device Rep, to focus on getting her kids the care and treatment they needed. Since then, both of her children and husband have been diagnosed with Dystonia, a little known neurological movement disorder that causes painful twisting and contractions of any voluntary muscle in the body. She has found her voice as an advocate for dystonia through her blog "Raising Dystonia".

He was younger than I imagined. Maybe forty...tops. He was tall and attractive with light brown hair and glasses. He was Yale educated with a B.Sc, an M.Sc, a Ph.D and an MD. My research revealed that he is a pioneer in the field of neurogenetics and our  Pediatric Neurologist had told me he is the most brilliant diagnostician he had ever met.  Needless to say, his reputation preceded him.  His list of medical discoveries and publications was shockingly long.  It was the kind of resume I had expected from an older seasoned  physician.  Not from the young, unassuming man standing in front of me.
He entered the room with an entourage that made him seem more like a celebrity than a neurologist.  He quickly introduced himself and the team he brought with him. The doctor then sat down and immediately started asking questions.   He had clearly read the gigantic chart in front in him.  It took up a whole binder and contained the medical transcripts of my boys from their last eight specialists.  He asked mostly new questions, questions not a single doctor or nurse had asked us in four years, which amazed me.  I thought we had been asked everything possible, but apparently there were gaps in the previous assessments. It gave me hope that he could be the one to confirm that their issue was indeed neuromuscular. 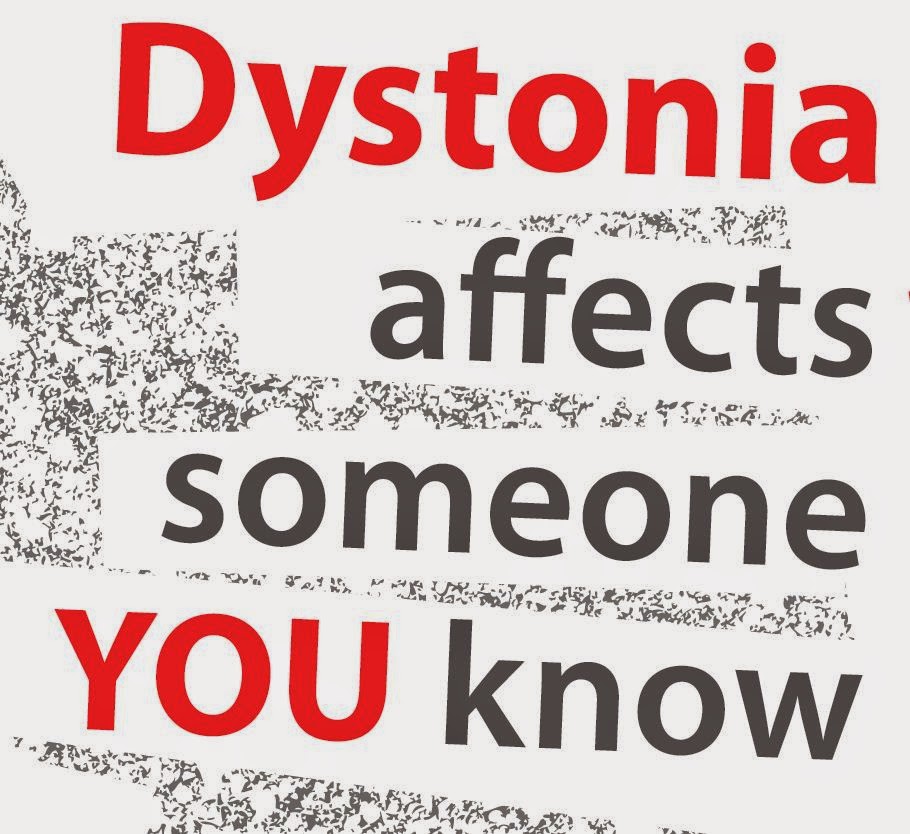 After he examined the boys, he listened to us talk for an hour, as we explained the symptoms and events that led us to this appointment. I kept trying to rush. Experience had taught me that specialists were always in a hurry. But it was hard, there was just too much information between both boys and so many tests and different doctors. However,  this appointment was different. In an action so simple yet so powerful, he became the first doctor to never once look at his watch. And I loved him for it.
After we were done, he leaned forward in his chair placing his elbows on his knees.  He looked at me most sincerely and said,  "I'm not sure why anyone ever thought this was neuromuscular, It's not.  I'm sorry. I know you've been given the run around and I can only imagine how frustrating this process has been."  My heart sank.  It was not neuromuscular, and he was going to pass us on the the next specialist just like all the rest.  I could feel the lump forming in the back of my throat and I tried to swallow the urge to cry.  The search for answers was going to continue.  "But," he went on, "for reasons that professionally frustrate me, I can only say that I'm sorry their Dystonia went missed for so long."

I froze.  I thought I just heard him say something that resembled a diagnosis, but I was too afraid to be told otherwise to ask.  Instead I sat frozen and stared at him as he explained, "There are many forms of the disorder so more tests must be done.  I wasn't sure what was wrong, so I brought the whole team. I didn't want you to have to make a separate appointment to get your questions answered."  I couldn't believe what I was hearing.  Here, in this room, were the answers we'd been searching for years to get. I was beyond surprised that he was opening the door for more questions and not getting ready to kick us out for taking so long.  I felt immediate relief.  I had something to call what was happening. Dystonia. I also felt validation for all the years I spent feeling like I was crazy.  But mostly, I was confused. How could he diagnose so quickly? It seemed so easy and it left me wondering why it had been so hard for everyone else?   My husband and I said nothing. We were  too overwhelmed.  As we stared at him, the doctor leaned forward and placed his hand on top of mine.  When he spoke it was as though he knew exactly what I needed to hear,  "Ma'am, you are NOT crazy.  You are right. Something is hurting your boys.  It's called Dystonia. I want you to know I am confident that I can help them."

I found myself wrapped around the doctor in a hug entirely too large to be appropriate.  He hugged me back and  comforted me as I cried.   "Thank you!" I said over and over again.  His lack of surprise and perfect response to my flood of emotions told me I was not the first mom to flip out on him after receiving a diagnosis. 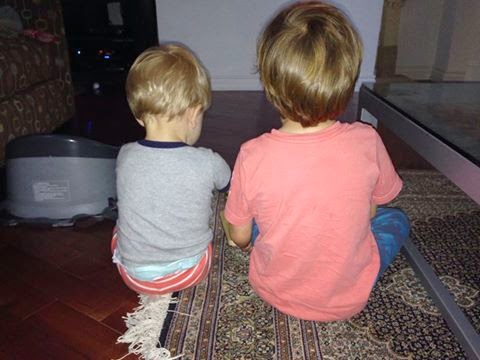 After I pulled myself together I couldn't help but ask, "How can you be sure it's Dystonia?" He just smiled, and informed me that it was as clear and classic a presentation as they come. He had no doubts.  All seven members of his team nodded their heads in agreement.  "If it's so classic, how did eight specialists miss it!? How did neurologists miss it!?", I protested, still confused how the answer was seemingly so obvious. He looked at me with compassion on his face and his answer broke my heart, "It's one of those things that professionally saddens me," he explained, "They don't really teach much about Dystonia in medical school.  It's the third most common movement disorder and yet, somehow, even movement disorder specialists sometimes miss it. Your boys went undiagnosed for so long because there is a lack of awareness within the medical community.  I'm sorry."  I nodded to let him know I understood. But I did not. How was it possible all those doctors could not have known!? How could they not be aware of it?! It made me both angry and sad.
After we asked all our questions, he handed me a requisition for DNA tests, prescriptions to help the boy's pain, and the personal contact information for everyone on the team.  As he opened the door to leave, he said to me,  "I really think I can help your boys.  I'm going to use all my resources to make sure I do."  I smiled at him, and with tears rolling down my face, said, "You know you just changed our life, don't you?"  He just nodded and said, "I hope so ma'am. I really hope so."  He closed the door behind him as he went to see his next patient. 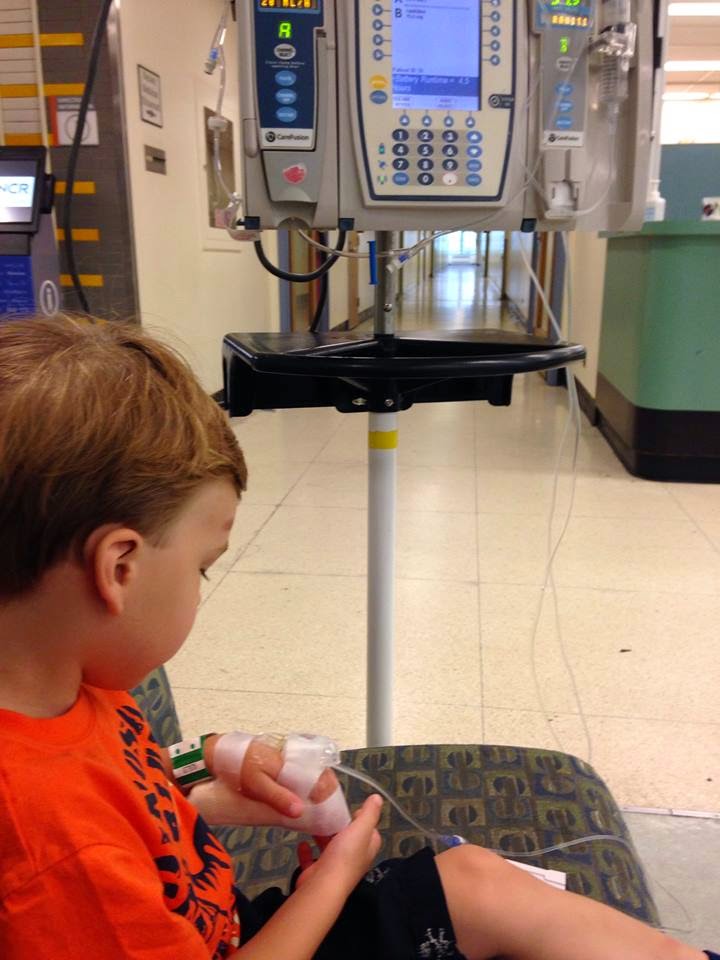 With each new interaction with our neurologist he has continued to impress. His reputation for brilliance is well deserved.  But what I was not expecting was his bedside manor.  More than any other specialist he understands the importance of our relationship with him.  He believes that we are a team and he knows that I see day to day what he cannot. When I tell him what is happening, he believes me.  Most importantly, he never forgets that I am a mother. When I email him freaking out late at night because I'm scared that my child is convulsing, he replies right away.  Even if he is not "medically" concerned, he knows that for a mother, waiting till the morning is waiting an eternity.

No longer do I wrestle with unending fear and helplessness.  He has changed our lives in more ways than he could know.  We sleep, eat, play, and live better because of one person's compassion and awareness. My boys have never done so well for so long.  Aside from the medicine and information he has given us, it's his ability to diffuse our fears and believe in us as parents that  has made the biggest impact on us.  I feel like he has given me back my power as a mother.  I feel like for the first time, I have support from someone who can actually help. The feeling is amazing.

It is a feeling I wish more families facing our challenges could experience. Tragically, our experience is a microcosm of what the Dystonia community experiences.  But, we are luckier than most. More often than not, patients have to live without ever finding that life altering, compassionate specialist. Dystonia is more common than ALS, Muscular Dystrophy, Parkinson's and Huntington's Disease. Yet the medical community is not familiar with it. There are roughly half a million families in North America fighting the same battle as me.  It saddens me that the system is ill equipped to diagnose and treat them and that they must endlessly struggle with the fear and helplessness that has defined our past four and a half years.

It is my hope that one day families with Dystonia do not have to constantly explain to doctors, nurses and first responders about the cramping and twisted posturing that is Dystonia. And it my prayer, that they will understand Dystonia well enough to have compassion for a disorder that is simultaneously so silent and debilitating. I can only dream that there will be more people with Dystonia hearing, "I know what's wrong," and forever have both their lives and families transformed.

So to you Dr. D, thank you for caring about Dystonia! Please know that you are changing the lives of patients that are desperate for answers to questions that so many of your peers are unfortunately unable to answer. My kids will probably never understand just how much you have done for them, but I will never forget.  Thank you for your patience, kindness and for not treating me like a crazy mom.  But more than anything, thank you for giving my boys back their childhood.  It's the most beautiful gift anyone has ever given them, and I will remain forever in your debt.