I Hate those Videos from the American Heart 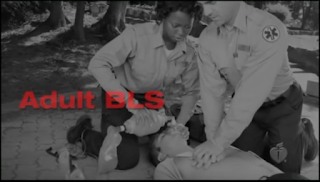 We have been teaching CPR, ACLS, and PALS for over 5 years now and I always get the same complaint from many students.  "Why do we have to watch those stupid videos?"
We know that some of the videos you watch can be boring or repetitive; however, there is a madness behind the methods from the American Heart Association.
A recent student from the
Perelman School of Medicine at the University of Pennsylvania finds "using a video to train members of patients at risk for cardiac arrest in CPR may be just as effective as using the traditional hands-on method with a manikin."
"The findings suggest simplified and more cost-effective approaches may be useful for disseminating CPR education to families of at-risk patients and the general public. The results are being presented during the American Heart Association Scientific Sessions 2015."(Abella, MD, MPhil) 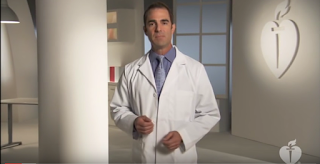 The cardiac arrests in the United States are typically responded and treated by CPR delivered by bystanders, "a fact which has prompted calls for improved CPR education to empower the public to take action."(Abella, MD, MPhil)
This typically occurs in Less than 40 percent of bystanders. A few studies have shown that using a video for self-instruction which may include a small inflatable manikin is helpful in remembering the basics of CPR.  However, the cost of such kits is often not affordable by laypersons. Also, since these kits require the use of a manikin, they are limited in their use compared to video-only approaches which can be used to train larger groups.

“Most cardiac arrests take place in the home, where a patient’s best chance of survival is having a family member who knows and can properly administer CPR,” said the new study’s lead author, Audrey L. Blewer, MPH, assistant director for Educational Programs in Penn’s Center for Resuscitation Science, who will present the results. “Traditional training classes involve several hours of group classes and can cost upwards of $100 or more per person. These classes are more commonly used by health professionals, lifeguards and people in other professions where mastery of CPR and certification are necessary. What the new study shows is that for the general public, where cost and time may be more of a concern, using only video instruction may be just as helpful in teaching the basics of CPR as using a hands-on method.”(Abella, MD, MPhil) 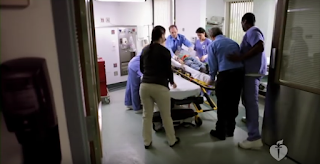 In the study, there were more than 1,600 family members of patients identified as being at-risk for a cardiac arrest across eight hospitals were trained in CPR using either the video-only method, or the self instructed method. Six months after training, researchers tested participants to evaluate their long-term retention of properly performing CPR. Results indicated that while there were small differences in the depth of chest compressions among the groups, the overall ability to properly perform CPR was similar. Recent research also suggests the difference in compression depth may be insignificant to a patient’s chance of survival.
“The study has great potential for helping to increase the opportunity for CPR education among the public, and especially for groups of people who may not have access to training programs otherwise,” said senior author, Benjamin S. Abella, MD, MPhil, an associate professor of Emergency Medicine and clinical research director of the Center for Resuscitation Science at Penn Medicine. “Knowing that the manikin may not be necessary for basic training, we could conceivably show CPR training videos in public places, such as a doctor’s waiting room or at the DMV, and they will actually be beneficial in providing this life-saving skill.”(Abella, MD, MPhil)