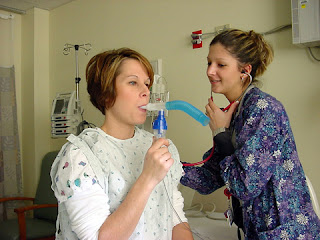 Is a Respiratory Therapist (RT) more than just a breathing treatment provider?

So I have had experience in nursing for over 20 years and have specialized in Infusion Therapy for over 6 years.  Recently, I was teaching an IV class in which the facility was using a Respiratory Therapist to insert and maintain their PICC's.  I was a little taken aback by this discovery as I have never heard of such a thing.

Well I contacted the California Board for Respiratory Therapist and they responded back fairly quick and the following was their response;

"Good afternoon Mr. Stansbury.The Respiratory Care Board of California (Board) often receives inquiries related to PICC and central line insertion.   In its responses the Board has stated that that licensed respiratory care practitioners are authorized to insert and care for PICC lines, so long as appropriate training, guidelines, and competencies are provided/documented by the licensed health care facility to ensure these services are conducted in a safe and competent manner when administered to the public.With regard to central line placement, the respiratory care scope of practice was amended in 2004 to allow for the insertion of central lines, "in whole or in part, to provide ventilatory or oxygenating support."  Provided the insertion of a CVC is for the purpose, in whole or in part, to provide ventilatory or oxygenating support, it is within an RCP's scope of practice.  Having said that, the Board would caution any facility allowing an RCP to perform this function to tread cautiously.  The RCP should be well trained and skilled in this function.  Failure to perform the procedure correctly could easily be life threatening.  Further, because a common repercussion of this procedure is pneumothorax, it is especially important that qualified personnel are IMMEDIATELY available to address this situation, since treating a pneumothorax requires cutting the tissues and RCPs are clearly not authorized to do this.  The facility should ensure emergency procedures are in place as a matter of patient safety.For your reference, below please  find links to the pertinent sections of law.  Please let me know if you require additional information.  Thank you for your inquiry.http://www.rcb.ca.gov/applicants/lawsregs_bp3700.shtml#3702http://www.rcb.ca.gov/applicants/lawsregs_bp3700.shtml#3702.7" 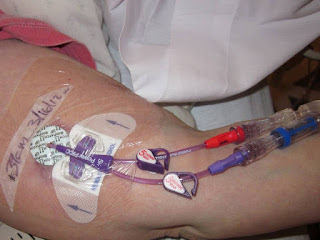 I also checked around and Arizona is another state that allows RT's to insert PICC lines. RT's in California are not only authorized to start PICC's but peripheral IV's as well. Let me know your thoughts in regards to this discovery and how we have progressed and moved many practitioners along in their scope of practice.  Is the RT not an important part of a multidisciplinary team?
Email me at: kstansbury@morethancpr.com or respond to this blog on our Facebook page.

Vasopressors for Resuscitation:
Vasopressin 2015 (Updated): Vasopressin in combination with epinephrine offers no advantage as a substitute for standard-dose epinephrine in cardiac arrest. 2010

Extracorporeal CPR 2015 (New):
ECPR may be considered among select cardiac arrest patients who have not responded to initial conventional CPR, in settings where it can be rapidly implemented. Why: Although no high-quality studies have compared ECPR to conventional CPR, a number of lower-quality studies suggest improved survival with good neurologic outcome for select patient populations. Because ECPR is resource intensive and costly, it should be considered only when the patient has a reasonably high likelihood of benefit— in cases where the patient has a potentially reversible illness or to support a patient while waiting for a cardiac transplant.

Post–Cardiac Arrest Drug Therapy: Lidocaine
2015 (New): There is inadequate evidence to support the routine use of lidocaine after cardiac arrest. However, the initiation or continuation of lidocaine may be considered immediately after ROSC from cardiac arrest due to VF/pVT. Why: While earlier studies showed an association between giving lidocaine after myocardial infarction and increased mortality, a recent study of lidocaine in cardiac arrest survivors showed a decrease in the incidence of recurrent VF/pVT but did not show either long-term benefit or harm.

Post–Cardiac Arrest Drug Therapy: ß-Blockers
2015 (New): There is inadequate evidence to support the routine use of a ß-blocker after cardiac arrest. However, the initiation or continuation of an oral or IV ß-blocker may be considered early after hospitalization from cardiac arrest due to VF/pVT. Why: In an observational study of patients who had ROSC after VF/pVT cardiac arrest, ß-blocker administration was associated with higher survival rates. However, this finding is only an associative relationship, and the routine use of ß-blockers after cardiac arrest is potentially hazardous because ß-blockers can cause or worsen hemodynamic instability, exacerbate heart failure, and cause bradyarrhythmias. Therefore, providers should evaluate patients individually for their suitability for ß-blockers. 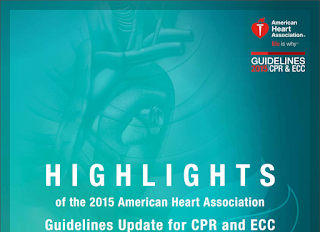 Summary of Key Issues and Major Changes
Key issues and major changes in the 2015 Guidelines Update recommendations for advanced cardiac life support include the following:
• The combined use of vasopressin and epinephrine offers no advantage to using standard-dose epinephrine in cardiac arrest. Also, vasopressin does not offer an advantage over the use of epinephrine alone. Therefore, to simplify the algorithm, vasopressin has been removed from the Adult Cardiac Arrest Algorithm– 2015 Update. 14 American Heart Association
• Low end-tidal carbon dioxide (ETCO2 ) in intubated patients after 20 minutes of CPR is associated with a very low likelihood of resuscitation. While this parameter should not be used in isolation for decision making, providers may consider low ETCO2 after 20 minutes of CPR in combination with other factors to help determine when to terminate resuscitation.
• Steroids may provide some benefit when bundled with vasopressin and epinephrine in treating IHCA. While routine use is not recommended pending follow-up studies, it would be reasonable for a provider to administer the bundle for IHCA.
• When rapidly implemented, ECPR can prolong viability, as it may provide time to treat potentially reversible conditions or arrange for cardiac transplantation for patients who are not resuscitated by conventional CPR.
• In cardiac arrest patients with nonshockable rhythm and who are otherwise receiving epinephrine, the early provision of epinephrine is suggested.
• Studies about the use of lidocaine after ROSC are conflicting, and routine lidocaine use is not recommended. However, the initiation or continuation of lidocaine may be considered immediately after ROSC from VF/pulseless ventricular tachycardia (pVT) cardiac arrest.
• One observational study suggests that ß-blocker use after cardiac arrest may be associated with better outcomes than when ß-blockers are not used. Although this observational study is not strong-enough evidence to recommend routine use, the initiation or continuation of an oral or intravenous (IV) ß-blocker may be considered early after hospitalization from cardiac arrest due to VF/pVT.
Posted by Central Valley Medical at 3:12 PM No comments: Links to this post
Labels: ACLS, acls certification, american heart association, BLS, bls certification, bls classes in Madera, PALS, pals classes

The AHA states that High quality CPR continues to be of primary importance in optimizing outcomes for cardiac arrest. Several alterations to the BLS/CPR guidelines have occurred as a result of this end goal of providing high quality CPR.

Health Care Providers (HCP) must call for nearby help upon finding a victim unresponsive, but it is be practical for the HCP to continue to assess the breathing and pulse simultaneously before fully activating the emergency response system (or calling for backup).
This change should help minimize the delay to chest compressions and encourage fast, flexible, and efficient assessment based responses.
Health Care Providers are encouraged to tailor the sequence of rescue actions to the most likely cause of arrest and they should provide chest compressions and ventilations for all adult patients in cardiac arrest. Compression-only CPR should be limited to untrained rescuers.

It may be reasonable to use audiovisual feedback devices during CPR for real-time optimization of CPR performance. This may facilitate a Chest compression fraction of 60% or greater which has proven to facilitate a better chance at ROSC.